The Boma – Dinner & Drum Show, a “must do” Victoria Falls experience, has just got a lot more bite, with a focus on the refreshment and modernisation of its food and entertainment elements now completed.

“As with all our products and properties the team at AAT is always looking at ways to innovate, enhance and improve, and this is yet another step in that ongoing exercise to keep abreast of trends in service, presentation and the overall experience,” Mr Kennedy said. 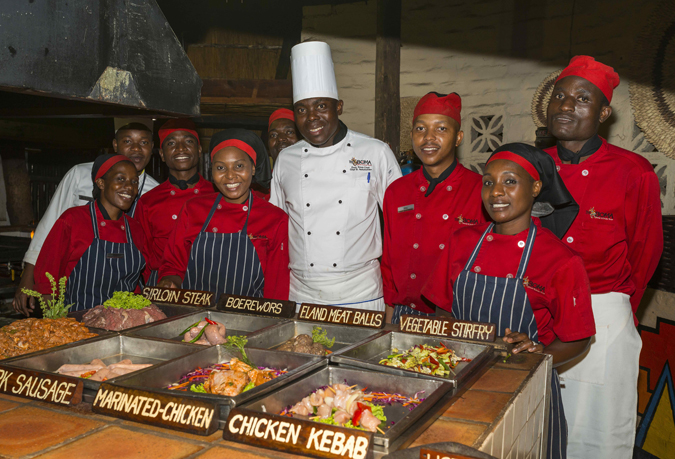 “Subtle changes in food preparation, service equipment and presentation along with new uniforms and branding all add life and quality to The Boma – Dinner & Drum Show.”

The raft of changes, which have taken place over several months, have included the fine-tuning of the Boma’s food offering under the guidance of South African celebrity chef Arnold Tanzer, as well as the introduction of new entertainment elements and changes to the décor.

The Boma – Dinner & Drum Show will be officially relaunched at an event, with members of the Zimbabwean travel industry in attendance, on January 23. 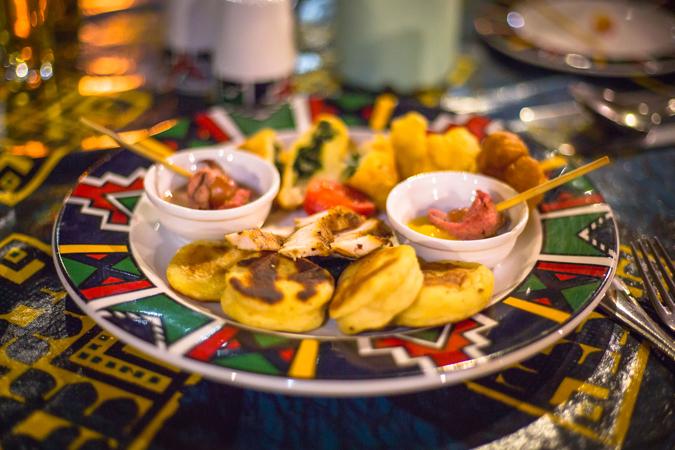 The Boma offers a delicious four-course meal, made up of starters, soup from the campfire, a braai (barbecue) buffet, featuring Zimbabwean delicacies such as mopane worms, warthog steak and Zambezi bream, as well as vegetarian dishes, and desserts.

A shared starter platter featuring peppered impala, smoked crocodile tail, vegetable samoosas and nyimo bean fritters has been introduced, while at the salad bar new salads have been added and dressings improved, and to the mains, new meat marinades.

A new chef, rising star Brighton Nekatambe, has been appointed to head The Boma kitchen. Mr Nekatambe joined the hospitality industry through Victoria Falls Safari Lodge’s apprenticeship program from 2005 to 2007, before later leaving to pursue other employment around Zimbabwe and in Europe, and representing the country in three international culinary events.

A drum painting corner has been introduced, where, guests, armed with a paintbrush and under a tutor’s guidance, may design and paint their own drum, map, bowl or other memorabilia, as a souvenir of their Boma experience. In addition, a photo booth has also been installed on arrival at The Boma, allowing guests to capture that moment. 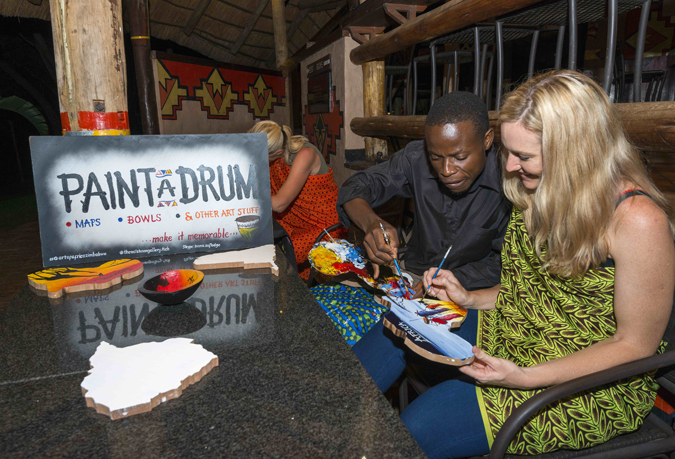 Work has also been done to enhance the artistic showmanship of the Boma entertainers.

Other changes include a new Boma website, a name change from The Boma – Place of Eating to The Boma – Dinner & Drum Show, a new branded Boma bus, new kitchen equipment and colourful buffet and starter platters.

Mr Tanzer said being iconic in Victoria Falls, The Boma had been treated carefully, and its essence maintained – the relaunch had not been to change it, but to re-energise it.

The Boma tells the story of the food and culture of Zimbabwe, and the changes effected have been about making it more on trend, more contemporary, but without losing its traditional feel, Mr Tanzer said.